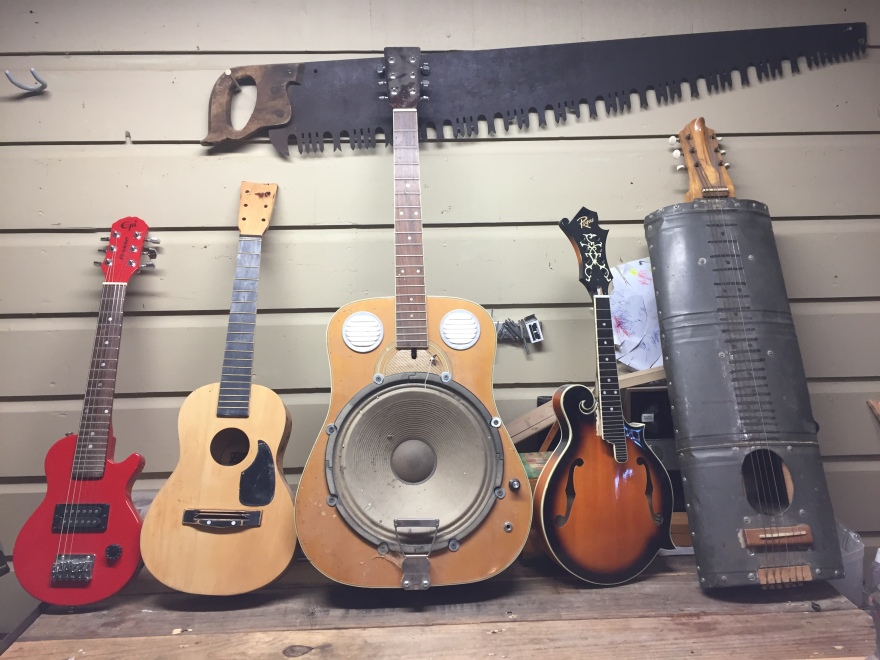 Right now I am working on rehabbing this bunch of broken and unwanted instruments in the creative manner of Dr. Frankenstein. First up is the unassuming little First Act kids size acoustic (second from the left above) that I picked up at a local Goodwill. My idea for this was to convert it from an standard acoustic guitar into a trichordo bazouki. I considered making it a resonator guitar as well, but since the bridge and soundboard were all in decent shape, I decided against that route. Besides, I have already made a resonator bazouki, the Dog Bowlzouki, so why not try something new?

I began by sanding off all of the original finish and paint and replacing the nut and saddle with threaded rod. I had considered trying to make use of the original saddle and nut, but to get the strings lined up in proper choruses (the strings are in pairs, like a mandolin, which are called choruses) I needed the nut and saddle to hold them in place, and the original plastic bits just were not going to be able to do that. Incidentally, the threaded rod I used came from inside the cedar cooking plank I used in the Chinook bass.

I got it all strung up and took it to the weekly Vacuum Tube Collective meeting to have the tubesters put it through it’s paces. It held up well, but the general consensus was that the rustic, beat up guitar look wasn’t quite as charming as I had thought. Niels also pointed out that it needed a pickup, and promptly supplied me with a neat little single coil and a chunk of an old Fender Stratocaster pick guard to install the hardware in.

I am constantly looking for ways to combine my passion for guitar making with my love of drawing comics, so I decided that I would use some leftover India ink to draw on a border/binding and then fill the inside of the guitar with a dry brush technique. I was a little conflicted about this because I think paint is used on a lot of guitars to cover up lower quality material, so I didn’t spend a lot of time making sure the borders were exactly the same thickness all over.

The border and dry brush looked better than I expected, but once I got the pick guard shaped and the pickup installed I felt like it still needed some flair. I did a google image search for bazouki’s and my instincts were confirmed; bazouki’s are some flashy instruments. I don’t have any idea of how to do ornate pearl inlay, but I do feel fairly confident with a brush and ink, so I set to work. The vine design is inspired by some of the designs I saw in the image search. The Great Blue Heron is was inspired by the paintings of John James Audubon and by the bird herself, which we have the pleasure of sharing the Willamette Valley with.

The Volume, Tone, Output circuit has given me fits in the past. Thanks to Jason Johnson (jasonjohnsonaudio.wordpress.com) for coaching me through it! 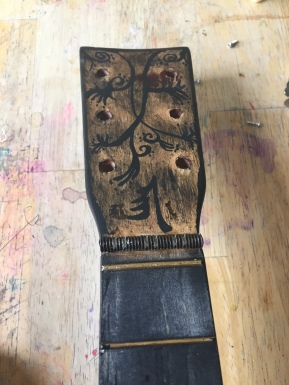 First Act sticker is still there 🙂

That brush pen is one of the best tools I have ever bought.

All that is left now is a few coats of Danish Oil to protect the art and give it a nice finish, a little bit of spit shine, and some fancy knobs and it’ll be ready to go! 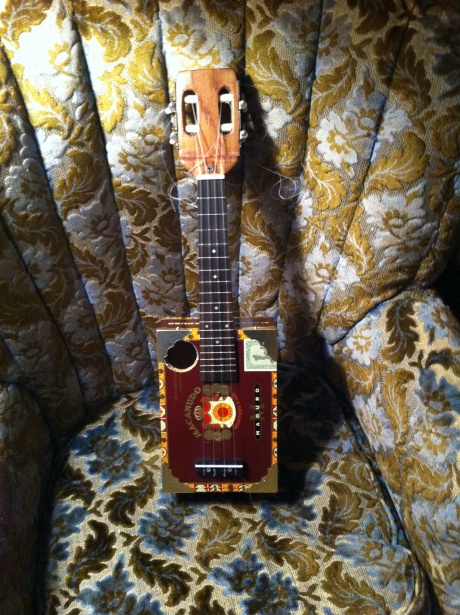 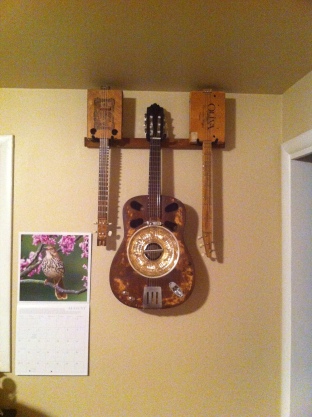 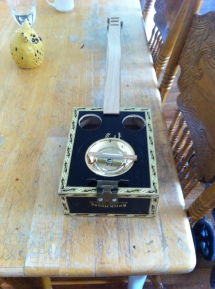 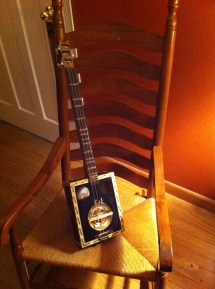 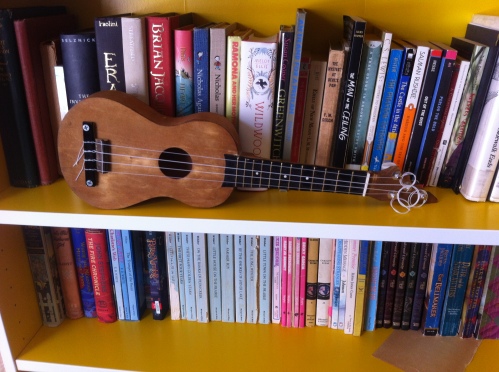